Call us on the number below:

Plant a tree in memory of Ronald
An environmentally-friendly option 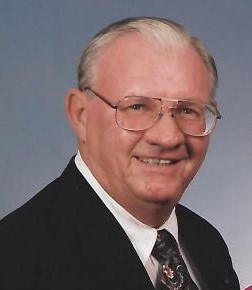 RONALD LOUIS SCHORLEMMER, was born July 31, 1938 in Corsicana, Texas and died March 18, 2021.  He was the only son of Louis  and LaVerne Schorlemmer and was preceded in death by his parents. He was a life-long member of the Lutheran Church.   Louis attended grades 1 – 7 in Refugio, Texas and grades 9 – 12 in Alice, Texas.  He attended Texas A & I in Kingsville, Texas and received a BBA in May, 1961, and his masters in May of 1963.  Fields of study included emphasis in management and psychology and he was a psych lab instructor.  He was an active member of the APO Fraternity and held several offices during his years in college and he was very active in the J. E. Conner Museum on campus.

He married Janet Richter at Trinity Lutheran Church in Alice TX, on September 11, 1960.  They rode out hurricane Carla in an old wooden house on 9-11-61, on their first wedding anniversary in Alice.   9 – 11 always had a “special” meaning for him.  He has three sons, Michael (wife Donna), Phillip (Debra) and David (wife Shannon).  He has six grandchildren and two great grandchildren.  All were the light of his life.

He and Janet moved to Eagle Lake in October of 1963 when he went to work for Texas Eastern Gas Transmission Company.  In January of 1967 he accepted the position as General Manager for Rice Industries, Inc. and was employed there for 37 years until he retired in May 2004.

Shortly after moving to Eagle Lake he became a duck and goose hunting guide. This 30 year adventure included time with the Jimmy Reel hunting club and The Bucksnag Hunting club.  “Big Lou” was the owner of the Eagle Lake Hunting club for 4 years and then finished his guiding escapades with Clifton Tyler Hunting Club.  During this time, he crafted personalized goose calls for many hunters.

He was an avid saltwater fisherman and participated in many tournaments during his younger years.  He was also very active in the Boy Scouts and was assistant scout master for many years.  He coached many Little League teams as his boys were growing up. Louis loved Texas and world history.  This gave him opportunities to share his knowledge with others.

He held several offices In the Eagle Lake Jaycees, Lion’s Club, United Way and the Chamber of Commerce.  He was the first president of the Prairie Edge Museum.    He was the 1970 U S census area manager.  He helped organize the Rice Belt Ducks Unlimited organization and was dinner chairman.  He was the third recipient of the “Jimmy Reel Sportsman of the Year” award.  He helped organize the Prairie Chapter of Coastal Conservation Agency.  He was an officer with the Balsa Buster Radio Control Club, and the Houston Historical Ship Society.  He built many models of “tall” ships and flying model airplanes.

Louis had quite a sense of humor.  Dinner dates with Big Lou and Momma Janet were always fun – One of the Big Lou-isms was ordering “generic water with diet ice”.  He always got some puzzled looks from a lot of wait staff with that one!

In his younger years he loved hunting and fishing just to watch the day dawn and the sun rise.  He always said, there is nothing better than dawn and early morning on the bays and prairies.”  After he retired and built a home on the lake he said “this is where I want to be”.

Family has chosen to have a private funeral service and burial.

Plant a tree in memory of Ronald by clicking here.
To send flowers to Ronald's family, please visit our floral store.

A service summary is not available

Plant a tree in memory of Ronald
An environmentally-friendly option

Plant a tree in memory of Ronald

2 trees planted in memory of Ronald

Please accept our deepest condolences. May you find peace and comfort during this difficult time.

My thoughts and prayers are with you and your family,
Gary Crane

A Memorial tree was ordered in memory of Ronald Louis Schorlemmer by Gary Crane.  Plant a Tree

A Memorial Tree was planted for Ronald Louis Schorlemmer

Plant a tree in memory of Ronald